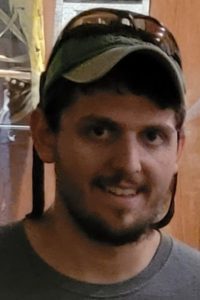 Zachery Edward Causey, 31, of Smithton, IL, formerly of New Athens, IL, born September 22, 1990, in Belleville, IL, passed away on Saturday April 23, 2022. He was an electrical control specialist at Granite City Steel in Granite City, IL. Zach loved wood turning, gardening, astrology, star gazing and camping with his family. He tried his hand at making homemade wine and was very adept at intricately detailed arts and crafts.

In lieu of flowers, memorials in Zachery’s honor are requested to be made to the family to go towards a trust fund being set up for his children – Felicity, Daniel and Lilly.

Funeral: Mass of Christian Burial will be held at 11 a.m. on Saturday April 30, 2022, at St. Agatha Catholic Church in New Athens, IL with Fr. Von Deeke officiating. Burial will follow at Smithton-Franklin Cemetery in Smithton, IL.