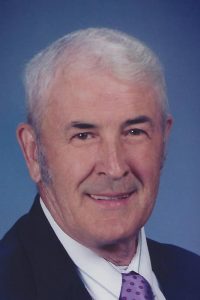 Worley Frye, 91, of New Athens, IL, born March 22, 1930 in Wears Valley, TN, left this earthly life on Friday September 3, 2021 to be with his Lord and Savior and join his beloved wife Arlene in Heaven for all eternity. He was a retired book binder.  Mr. Frye honorably served God and Country in the U.S. Navy during the Korean War as a helicopter rescue pilot. He was stationed around the world in Asia, Australia, Africa and the Philippines. He was of the Catholic faith and had been a member of St. Agatha Catholic Church in New Athens, IL. Worley was also a member of Graphic Communications International Union Local 6-505.  In recent years, Worley thoroughly enjoyed spending time at Jefferson Barracks VA Center in St. Louis where he was always treated with honor, respect and gratitude for his service.

Mr. Frye was preceded in death by the love of his life – the former Arlene M. Niemeyer who he had met at St. Louis Union Station in 1952 and married on April 12, 1957 and happily spent the next 51 years at her side until her death on December 22, 2008. He was also preceded by his parents – Jim and Pauline (Jenkins) Frye, two sons – John Frye and by James Douglas Frye who died in infancy and eight siblings- Nell, Lucy, Bessie, Hugh, Jimmy, Evelyn, Maggie and Oliver.

Memorials in Mr. Frye’s honor may be made to the Wounded Warrior Project.