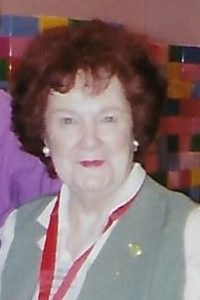 Mrs. Laumbattus was a member of the First United Methodist Church in Marissa.  Billie loved books and served her community for many years as the librarian of the Marissa Public Library.  She was very active in the Girl Scouts of America serving as a Leader from 1956-1962, Troop Organizer in 1964, Cookie Chairman in 1965, Troop Consultant in 1966, Neighborhood Chairman in 1967 and Member at Large of the River Bluffs Girl Scouts Council Board of Directors in 1968, Vice President in 1969 and President from 1970-1976.  President of the Marissa PTA in 1969. United Way Board Member from 1975-1984.  Board member of the Lessie Bates Davis Neighborhood House in 1990.  Billie was also very active in the United Methodist Women serving as District President of the East St. Louis District in 1985, Conference Secretary of the Southern Illinois Conference in 1996-1997, Conference Vice President of Illinois Great Rivers Conference in 1997-1998.  Lay Delegate to Annual Conference of the United Methodist Church and a Board Member of the Cunnigham Children’s Home in Urbana from 1997-1998.

She was preceded in death by her parents – Roy and Pearl, nee Cearns, Schott.   Her husband Emmett E. Laumbattus whom she married on December 28, 1946 at Reformed Presbyterian Church in Coulterville, IL and who passed away on October 14, 2021.  Her daughter –  Linda Leemon, son – Jeff Laumbattus, grandson – Edward “Ted” Leemon.

Memorials may be made to the First United Methodist Church or to the Marissa Girl Scouts.

Funeral: Services will be held at the First United Methodist Church in Marissa, IL on Wednesday, July 6, 2022 at 11:00am with Pastor Cody Battefeld officiating.