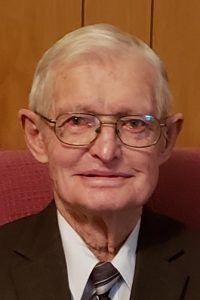 Wilmer was a farmer. He graduated from the Pleasant Ridge School. Wilmer was a member of Holy Ghost United Church of Christ in Darmstadt, IL where he served on numerous committees through the years. He was a member of the Progressive Grange and served on numerous boards in the farm community. He enjoyed the farm life.  At the age of 13 he started farming the family’s land and became the farmer he is known to be today.  He worked with great passion and influenced many people over the years.  He led by example.  Experienced so much history.  He started farming with horse drawn equipment and moved on to the modern tractor.  He retired from full time farming at the age of 80 but was still engaged in the farm operation.  Above all Wilmer was a devoted and loving husband, father, grandfather, and great grandfather.

He was preceded in death by his wife of 69 years – Lillian E. Steinheimer whom he married on April 10, 1948 at St. John United Church of Christ in New Athens, IL., and who passed away on August 21, 2017, Parents – Moritz and Lena, nee Petri.  An infant son – Dennis. Four sisters – Luetta, Norine, Birdell, and Marilyn.

In lieu  of flowers, memorials may be made to the Holy Ghost United Church of Christ, 2806 Weilmuenster Rd., Lenzburg, IL  62255 or to Darmstadt Memorial Cemetery.

Services: Due to restrictions that are in place during the coronavirus pandemic private services are scheduled. A celebration of Mr. Steinheimer’s life will be held at a later date.