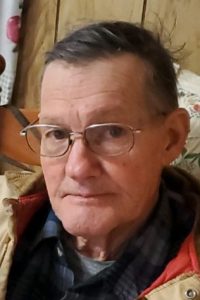 Wilmer William Steinheimer, Jr, 69, of Lenzburg IL, born July 16, 1952, in Red Bud, IL, passed away on Thursday May 19, 2022, at his residence. After attending New Athens District High School, he went on to graduate from Bailey Technical School in St. Louis, MO.  He was a certified Honda Motorcycle mechanic. He worked at different area shops, spending the majority of his career at Meyer Cycle Sales in Percy, IL. After retiring, he continued to work on and restore motorcycles at home. He was a life-long motorcycle enthusiast which included racing them in his youth.  Wilmer was a champion trap shooter, winning the 1984 Grand American Clay Target Championship.   He was an avid outdoorsman who enjoyed hunting and fishing.  He was a lifelong member of Holy Ghost United Church of Christ in Darmstadt, IL and former member of the Progressive Grange and St Clair County Farm Bureau.

Mr. Steinheimer was preceded in death by his parents – Wilmer and Lillian (Schopfer) Steinheimer, Sr.

Memorials may be made to Darmstadt Memorial Cemetery, at 2806 Weilmuenster Road, Lenzburg, IL 62255.

Funeral: services will be held at 11 a.m. on Friday May 27, 2022, at Heil-Schuessler Funeral Home in New Athens, IL with Rev. Tarrah Vaupel officiating.  Interment will follow at Darmstadt Memorial Cemetery in Darmstadt, IL.