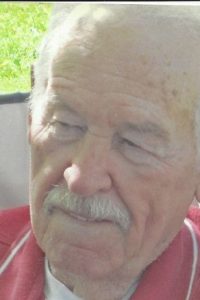 William Roy Petri, 83, of New Athens, IL; born May 11, 1930 in Marissa, IL; passed away on Sunday, March 23, 2014 at his home with his family by his side.
Bill was a bricklayer. He was a member of the International Union of Bricklayers and Allied Craftworkers. Bill was a lifelong lover of baseball, playing actively in his younger years and always following the St. Louis Cardinals. He also enjoyed numerous other activities throughout his life including shooting pool, playing cards, bowling and boating.

He was preceded in death by his parents – Milton and Rose, nee Bowman, Petri.

Memorials may be made to Hospice of Southern Illinois, the Alzheimer’s Association or to the donor’s choice.

Funeral: No formal services will be held.