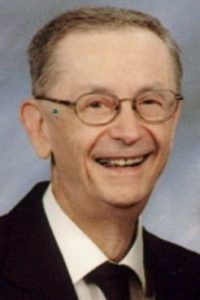 Mr. Demsar was the owner and operator of Demsar True Value Store. He was a member of the First Baptist Church in Marissa, IL. Mr. Demsar was a United States Army Veteran serving in the Korean Conflict.

His is preceded in death by his parents Frank and Bertha, nee Propriknic, Demsar. His beloved wife Mary Ann, nee Noble, Demsar whom he married on December 10, 1955 in Chicago, IL and who passed away on January 10, 2009.

Memorials may be made to Hospice of Southern Illinois or St. Paul’s Home.