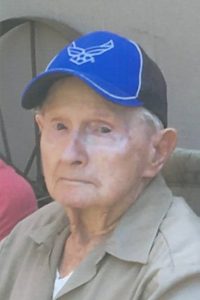 Bill was an Army Air Corps Veteran that served during World War II.  When he returned home from the service, Bill spent a lot of time working.  He sold livestock food independently for many years.  He was a regular at McDonalds when it came to having breakfast in the morning.  He also enjoyed going to lunch with his friends.

Bill was preceded in death by his wife, Betty Mae (Schmellmeyer) and his parents, William B. and Agnes Asher.

Memorial contributions may be made to Shriners Hospital for Children.

A private burial will take place at Caledonia Cemetery in Sparta, IL.