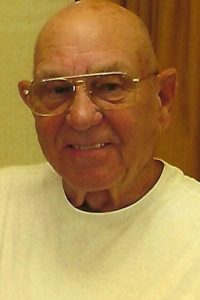 Mr. Baker attended the University of Missouri, Rollo and began his career working for the Illinois Department of Transportation working there for 42 years as an Operations Field Technician until retirement at age 62. After retirement Bill and Peggy enjoyed many years traveling in their recreational vehicle spending winters at Fort Wilderness in Disney World and summers in Durango, Colorado. Besides traveling Bill and Peggy enjoyed many years of ballroom dancing. He was a member of the Moose Lodge #1221 in Swansea, IL.

He was preceded in death by his parents – Edward and Hazel, nee Lindsey, Baker. One sister – Dorothy Morgenstern.

Memorials may be made to Family Hospice or Pioneers USA Mission Organization.

Funeral: A service of celebration will be held at Heil-Schuessler Funeral Home in Marissa, IL on Monday, April 9, 2018 at 11:00am with Pastor Tim Baursach officiating.