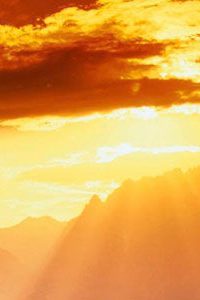 Rev. Wilbur “Web” M. Franklin, Sr, 86, of Tilden, IL, born August 24, 1931 in Clarmin, IL, passed away on Sunday, April 15, 2018 at St. Elizabeth Hospital in O’Fallon, IL. Rev. Franklin was a retired coal miner and IL State Safety Inspector at large for the Department of Mines and Minerals. For over 50 years he had been a minister in several Southern Baptist churches before retiring from the First Baptist Church in Tilden, IL. He had been a member of the Masons, Ainad Shriners, Tilden Lions Club, the Sparta, IL School Board, Tilden, IL Village Board and a past member of the UMWA. Rev. Franklin was also on the committee that helped get the veterans memorial placed at the Tilden Cemetery in Tilden, IL.

Rev. Franklin was preceded in death by his parents; Ollie and Lela (Wilkerson) Franklin and also by his 3 brothers; Arkel, Ted and Floyd Franklin.

In lieu of flowers, the family has asked that memorials be made to the Alzheimer’s Association or the First Baptist Church in Tilden, IL.

Funeral: Services will be held at 11 a.m. on Friday, April 20, 2018 at the First Baptist Church in Tilden, IL with Pastor Paul Hahn officiating. Interment will be at Caledonia Cemetery in Sparta, IL.