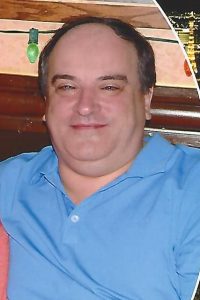 Wayne George Nadler, Jr, 50, of New Athens, IL, born November 4, 1967 in Red Bud, IL passed away on Friday, December 15, 2017. Mr. Nadler was a Marketing Equipment supervisor with PepsiCo. Wayne loved playing pool and was on several pool teams in the area including Wolf’s Tavern and Old Bridge Inn. He enjoyed hunting, fishing and the outdoors. Wayne was a member of the Lenzburg Hunting and Fishing Club and a former member of the New Athens Sportsmen’s Club.

Memorials may be made to the New Athens Volunteer Ambulance Service.

Visitation; Friends may call at Heil-Schuessler Funeral Home in New Athens, IL on Wednesday, December 20, 2017 from 3 to 7 p.m.