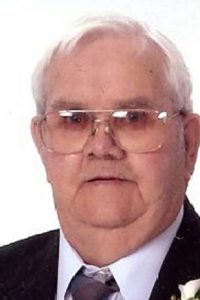 Mr. Cross was a World War 2 United States Navy veteran serving in the South Pacific. He was a member of the Bricklayers Local 8. Sonny was an avid outdoorsman and loved fishing and hunting.

He was preceded in death by his parents John and Lucretia, nee Davison, Cross. His loving wife Patricia, nee Givens, Cross whom he married on June 22, 1946 and who passed away on August 22, 2009. 4 brothers and 3 sisters.

Memorials may be made to Hospice of Southern Illinois

Funeral: Services will be held at Heil-Schuessler Funeral Home in Marissa, IL on Saturday, September 29, 2012 at 11:00am with Rev. Donald Wagner officiating.