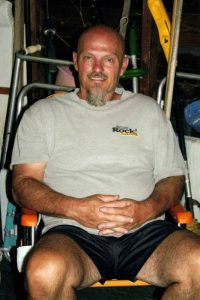 He was a devoted husband, father, and grandpa.  God was always first in his life and it showed by the way he lived.  Anything that had to do with creation was fascinating to him.  Vitto wasn’t afraid to work with his hands and enjoyed building different things.

Memorial contributions may be made to the Meal Train Ministry at Calvary Church.