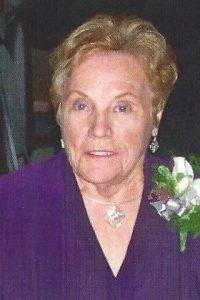 Mrs. Gaubatz was a homemaker and loving grandmother. Virginia was a member of St. Agatha Catholic Church in New Athens, IL and an avid gardener.

She was preceded in death by her parents George and Dora, nee Winstorer, Albers. 1 sister – Dorothy Juenger. 1 brother – Eugene Albers.

Memorials: Memorials may be made to the American Heart Association or in the form of Mass offerings.