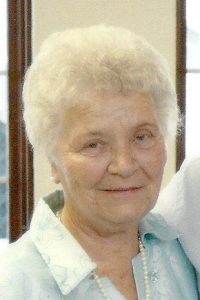 She is preceded in death by her parents Ernest and Josie, nee Butts, Thomas. 1 brother and 1 sister.

Funeral: Services will be held at St. John United Church of Christ in New Athens, IL on Friday, December 16, 2011 at 10:00am with Dr. Rev. Robert Koch officiating.

Interment: Burial will be held at the Oakridge Cemetery in New Athens, IL.

Memorials: In lieu of flowers memorials to Family Hospice or the Donor’s Choice.

Heil-Schuessler Funeral Homes in New Athens, IL is in charge of arrangements.