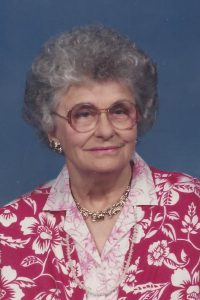 Mrs. Briesacher was preceded in death by her husband, Millard A. Briesacher, whom she married on February 25, 1940 and who died on December 2, 1961; her parents; Henry L. and Katherine (Erb) Juenger, 3 brothers, Leonard Juenger and 2 who died in infancy; 2 sisters, Pauline Schuessler and Irene F. Juenger.

Violet is survived by nieces and nephews.

Memorials may be made to Trinity United Church of Christ in Biddleborn, IL.

Visitation: Friends may call at Heil-Schuessler Funeral Home in New Athens, IL on Wednesday, November 27, 2013 from 10 to 11 a.m.

Funeral: Services will be held at Heil-Schuessler Funeral Home in New Athens, IL on Wednesday, November 27, 2013 at 11 a.m. with the Rev. Nancy Shubert officiating.