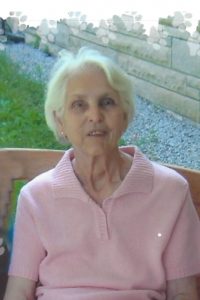 Mrs. Badgett was a homemaker. She faithfully attended the Assembly of God Chuch. She worked as a Senior Companion for over 20 years. Tina greatly enjoyed gardening.

She was preceded in death by her husband, Herbert Lee Badgett, whom she married on August 14, 1944 in St. Louis, MO, and who died on June 21, 1982; her parents – Oscar and Nancy, nee Skaggs, Crossen. Two sons – Larry Badgett; Jerry Badgett. One daughter – Lottie Nuernberger-Mathis. Three brothers and four sisters.

Memorials may be made to the New Athens Home for the Aged or Hospice of Southern Illinois.

Funeral: Services will be held at Heil-Schuessler Funeral Home in New Athens, IL on Monday, October 27, 2014 at 12:00noon with Brother Clifford Crossen officiating.