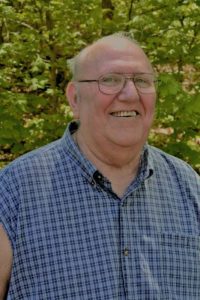 Thomas was a great fisherman that enjoyed fishing in tournaments and being on a boat with his friends.  He was the Treasurer of the Chester Boat Club for many years and was involved in many fundraisers, hosting dinners, and tournaments through the club.  Thomas was always there to help when he was asked upon.  He was a member of Our Lady of Lourdes Catholic Church in Sparta, IL and served as a Knight of Columbus through the church.  Thomas enjoyed collecting coins & stamps, camping, and helping his wife bake at home.  His family meant the world to him and spending time with them was his most favorite hobby of all.