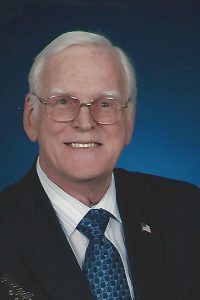 After serving as a Senior Master Sergeant in the United States Air Force for 21 years, Mr. Berlinski worked as a computer technician for the government. He attended the Marissa Presbyterian Church. He was a member of the American Legion. Tom enjoyed camping and liked to read.

He was preceded in death by his parents – Leonard and Frances, nee Lefebvre, Berlinski.

Memorials may be made to the Marissa Presbyterian Church.

Funeral: Services will be held at the Marissa Presbyterian Church in Marissa, IL on Tuesday, January 30, 2018 at 11:00am with Rev. James Ryan officiating.