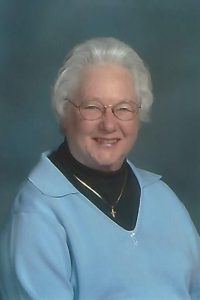 She was preceded in death by her husband, Christopher W. Juenger, whom she married on August 3, 1954 in New Athens, IL and who passed away on November 6, 1996, her parents; Anthony and Rose, nee Holdener, Range, 2 brothers and 2 sisters.

Memorials may be made to the American Diabetes Association or to the New Athens Home for the Aged.