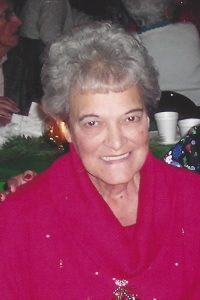 Mrs. Hentzel was a retired farmer. She was a member of the Euchre League and the Kaskaskia Mariners Association. Theresa enjoyed bowling, playing softball, and her favorite activity was playing euchre with her friends and family. She was also an avid St. Louis Cardinals fan.

She was preceded in death by her parents – Charles and Ida, nee Thomure, Strautz. Her husband Herbert F. Hentzel whom she married on July 14, 1956 and who passed away on December 18, 1979. One brother and one sister in infancy.

Memorials may be made to the American Lung Association.

Entombment will be held at Valhalla Mausoleum and Memorial Gardens in Belleville, IL.