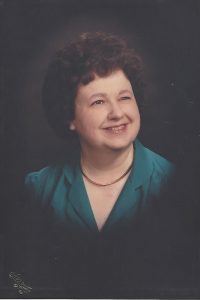 Susan T., nee Legendre, Lilley, 79, of Caseyville, IL; born on September 25, 1938 in New Athens, IL; passed away on Wednesday, April 25, 2018 at the Caseyville Nursing and Rehab Center in Caseyville, IL. Mrs. Lilley worked as a secretary at Scott Air Force Base for seventeen years retiring in 1992. She was a member of St. Paul United Church of Christ in Belleville, IL.

She was preceded in death by her parents – Theodore and Erna, nee Lambattus, Legendre. One brother – Roy Legendre.

She is survived by one son – Wallace Lilley of Belleville, IL.

Private graveside services and burial will be held at Oakridge Cemetery in New Athens, IL.