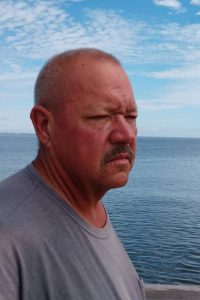 Steve enjoyed fishing and deer hunting.  He worked for the Department of Corrections at Menard Prison for thirty-two years before retiring.  On his down time he loved to ride his Harley Davidson motorcycle.  Steve leaves behind two dogs that he cared for very much, Austin and Sassy.

He was preceded in death by his parents – Edward and Dora (Lake) Studt.

He is survived by his son – Chris (Renee) Studt of Ellis Grove, IL; two grandchildren – Gavin and Mackenzie of Ellis Grove; two sisters – Linda and Cindy.