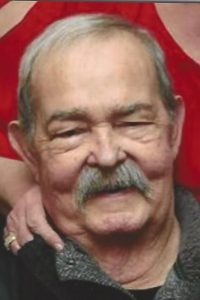 Steven R. Keck, 66, of Belleville, IL; born on October 21, 1951 in Belleville, IL; passed away on Friday, March 9, 2018 at Barnes-Jewish Hospital in St. Louis, MO after a long fought battle surrounded by his family.

Steve was a laborer. He was the owner and operator of P.K. Contracting. He was a United States Army Veteran. In his free time Steve enjoyed trips to the casino. Most of all he loved spending time with his family, especially his grandkids.

He was preceded in death by his father – William Keck. One sister-in-law – Janet Keck.

The family would like to extend a very heartfelt thank you to Dr. Rothstein who provided wonderful care and support to Steve for the last 16 years. Also a special thank you to his nurse Michelle and the Renal Team of Washington University.

In accordance with Steve’s wishes private services will be held.