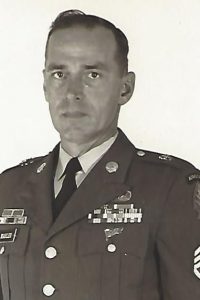 Sergeant Marler was a United States Army Veteran. He served in both the Vietnam and Korean Conflicts retiring after 22 years of honorable service. He was a member of the American Legion. Skeet loved the outdoors and greatly enjoyed hunting and fishing. He was also an avid golfer.