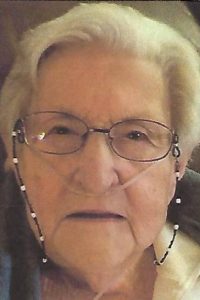 Mrs. Sharon Schott, age 86, of Cumberland City, TN, died Thursday, January 5, 2023 at her residence with her family by her side.  She was born February 6, 1936 in Pasadena, CA, the daughter of the late Harold Wilfred and Hera Belle (Palmer) Prince.  She was primarily a homemaker, mother to nine children, grandmother, great grandmother, sister, aunt, and friend to many.  Sharon was a past member of St. Agatha Catholic Church in New Athens, IL.  Sharon received her Associate degree in Accounting/Business from SWIC (formerly BAC) and worked as a bookkeeper in the cash office at Venture.  Sharon enjoyed, at different stages of her life, working math problems, crossword puzzles, reading romance novels and playing Nintendo.

In addition to her parents, she is preceded in death by her beloved husband; Edmund Louis Schott, daughter; Leslie Schott, sister; Marcia Bower, and son-in-law; Alvin Juenger.

A memorial service will be announced at a later date.  Sharon will be laid to rest at St. Agatha Catholic Church Cemetery in New Athens, IL.

Acknowledgements go to Anglin Funeral Home in Dover, TN for their local assistance.