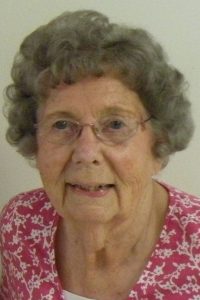 Marie graduated from Southern Illinois University earning both a Bachelor’s and Master’s degree in Elementary Education. She taught first grade at several schools in Illinois including Decatur and for 30 years at Crystal Lake, IL.

Marie was a veteran having served in the Hospital Corps of the United States Navy in World War II.

Memorials may be made to the Marissa Presbyterian Church.

Funeral: Services will be held at the Marissa Presbyterian Church in Marissa, IL on Friday, August 23, 2013 at 11:00am with Rev. James Ryan officiating.

Interment: Burial will be held at the Tilden Cemetery in Tilden, IL.