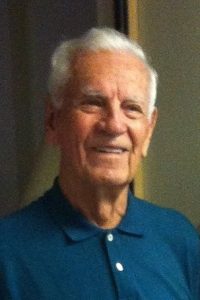 Mr. Ziegler was a veteran of the United States Marine Corp, serving as a fighter pilot in WWII and in the Korean Conflict. Following his active military service, he worked as an air traffic controller in St. Louis, MO, and later, retired from the Department of Defense Mapping Agency, also of St. Louis, MO. He was a proud member of The Chosin Few, both National and Gateway Chapters. Mr. Ziegler was also a 66 year member of the Freeburg Masonic Lodge #418 A.F. and A.M.

In his retirement years, he enjoyed traveling, riding his motorcycle, and spending time with his grandchildren.

Mr. Ziegler is survived by his sister, Alice Lucash of Cuba, MO; his daughters, Lynn A. Ziegler of New Athens, IL, Jane (Mark) Baltzell of Sutton, MA; and his son, Todd (Lee Anne) Ziegler of Greenwood, IN. He is also survived by his 5 grandchildren, Kelsey Baltzell (Dave) Taddei, Trent Baltzell, Evan Baltzell, Alex Ziegler, and Paige Ziegler, as well as several other extended family members.

Private memorial services for the family to be held at a later date. Donations may be made in his memory to: