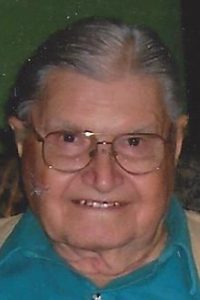 Mr. Mahan was a retired farmer. He also retired after more than 20 years from Snyder-General Air Conditioning in Red Bud, IL. He was a member of St. John Lutheran Church in Baldwin, IL. Russell enjoyed raising feeder calves and cutting firewood in his spare time. He also felt very strongly about the importance of donating blood and never missed a blood drive, donating close to 20 gallons.

He was preceded in death by his parents – David and Grace, nee Nitzsche, Mahan. His wife Elvera, nee Junge, Mahan whom he married on June 26, 1943 and who passed away on September 23, 2012. One daughter – Diane Zinkhon. One sister – Irene Austin

Memorials may be made to the American Cancer Society in memory of his daughter Diane.

Funeral: services will be held at St. John Lutheran Church in Baldwin, IL on Saturday, November 16, 2013 at 11:00am with Pastor John Taggatz officiating.

Burial: Interment will be held at St. John Lutheran Cemetery in Baldwin, IL.