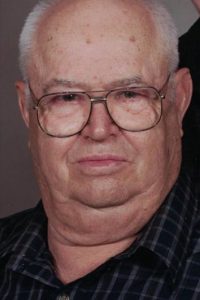 He is survived by his wife, son, three daughters, many grandchildren and great grandchildren. Also, sisters Beulah Cairns and Alma Fern Wilson. He was preceded in death by his daughter, Marilyn Clasen; Brother, Donald Deppe; Parents, Paul and Daisy Deppe.

Memorial Contributions may be made to St. Jude Children’s Research Hospital.

A private graveside memorial service will be held.