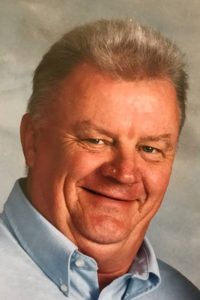 He was preceded in death by his parents – William and Myrtle (Burke) Stolte and one sister – Marie Scott.

Roger is survived by his loving wife – the former Sandy Eller, whom he married on August 15, 1961, his children – Roger (Becky) Stolte of New Athens, IL and Robin Jo Cook of Belleville, IL, one sister – Audrey Jahnke of St. Joseph, MO and two grandchildren – Brendan Stolte and Allison (Jacob) Wiskamp.

Memorials:  In lieu of flowers, memorials are encouraged to be made to BJC Hospice in appreciation for the exceptional care and support they provided Roger and his family.