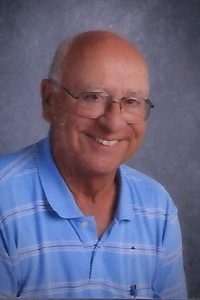 Robert W. Junge, 80, of New Athens, IL, born April 26, 1941 in St. Louis, MO, passed away Sunday August 1, 2021 at the New Athens Home for the Aged in New Athens. He was a U.S. Army veteran and member of the New Athens Commercial Club.  He had worked as a loan officer for a local bank, an insurance agent and a school bus driver for the New Athens #60 school district. He loved golfing, deer hunting and an avid racing fan having attended the Indy 500 56 times.

Mr. Junge was preceded in death by his parents; Walter and Mildred (Kropp) Junge and his sister; Carol Jean Sminchak.

Memorials in Robert’s honor may be made to the Belleville Area Humane Society.

In keeping with Mr. Junge’s wishes, cremation will take place.

Visitation: Friends and family may gather from 10 a.m. until 12 p.m. on Saturday August 28, 2021 at Heil-Schuessler Funeral Home in New Athens, IL.