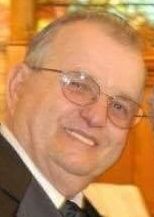 Mr. Miles was a painter. He was a United States Army veteran serving in the Vietnam War. He was a member of the VFW. Bob enjoyed working in his woodshop making various things, remodeling his home, as well as fishing and hunting.

He was preceded in death by his parents – Edward and Edna, nee Hamm, Miles. Five brothers and two sisters.

Memorials may be made to the American Diabetes Association.

Funeral: Services will be held at Heil-Schuessler Funeral Home in Marissa, IL on Thursday, April 5, 2018 at 10:00am with Pastor Paul Hahn officiating.