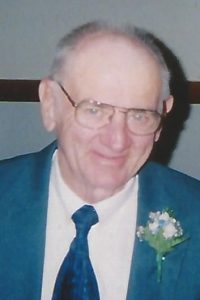 Mr. Keller was a United States Air Force Veteran serving during the Korean Conflict. Robert worked as a police officer in Madison, WI. He owned the Double B Bar in Fort Atkinson, WI and retired from J-C Hauling in Millstadt, IL. Robert enjoyed spending time with his family, telling stories (fact or fiction), making jokes to get a laugh. He enjoyed going to auctions, helping out family and friends. He also loved animals.

He was preceded in death by his parents – William and Eunice, nee Pedley, Keller. His loving wife – Monalee, nee Beck, Keller whom he married on April 8, 1956 and who passed away on March 1, 2010. Three brothers – William, Roger and Donald. Two sisters – Jackie and Lee.

The family would like to extend a special thank you to Ashley, Jennifer and Denise of Hospice of Southern Illinois for their care and support.

In lieu of flowers memorials may be made to Hospice of Southern Illinois or to the Belleville Humane Society.

Visitation: Friends may call at Heil-Schuessler Funeral Home in Marissa, IL on Saturday, April 16, 2016 from 11:00am to 2:00pm. Committal service with military honors will be held at the Marissa Township Cemetery immediately following the visitation.