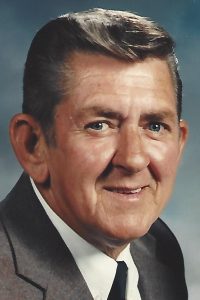 Mr. Bunch retired in 1988 as the lead meter reader of the parking division for the City of Belleville, IL. He was a United States Navy veteran and served on the USS Megara during the Korean Conflict. Bob was always enjoyed the fact that he attended Wolf Branch when it was a one room school house. He was a proud member of the Flying Dutchman Airport in Belleville, IL.

He was preceded in death by his parents – Francis and Ruth, nee DeClue, Bunch. His uncle and aunt who raised him – John and Eula, nee DeClue Thompson. One infant son – Crayton Bunch. One brother- Jerry Bunch.

If I should ever leave you
whom I love
To go along the Silent Way,
grieve not
Nor speak of me with tears,
but laugh and talk
Of me as if I were
beside you there.

Funeral: A service of remembrance will be held at Heil-Schuessler Funeral Home in Marissa, IL on Saturday, February 13, 2016 at 12:30pm and will be followed by Naval Funeral Honors.