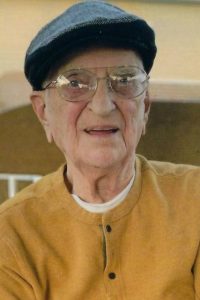 Bob was a United States Air Force Veteran. He was drafted and volunteered to join the unit known as the “Flying Tigers”, and he was the last living “Flying Tiger”. He served his country during World War II and the Korean Conflict. He was a member of the Sparta American Legion and the Sparta VFW. Bob loved to be outdoors in the sun after working inside all day. He had an enormous sweet tooth and often was caught with his hand in the candy jar. Bob and Marj enjoyed camping with family and friends.

He was preceded in death by his wife – Marjorie, nee Hood, Neal whom passed away on June 27, 2014. Parents – John and Ora, nee Candler, Neal. Brothers – Jack and Norman Neal.

Memorial Contributions may be made to Siteman Cancer Center.

Funeral: Services will be held at the First United Methodist Church in Sparta, IL on Saturday, September 7, 2019 at 12:00 noon with Pastor Jerry Haley officiating.