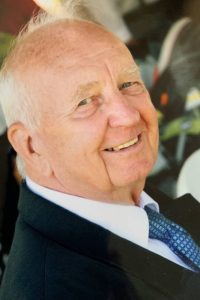 Mr. Young was a Veterinarian in Sparta for most of his life and was very proud of his career.  He was a member of the Veterinarian Association.  Some of his hobbies were woodworking, gardening and rock polishing. Bob graduated from the University of Illinois and was an avid Cubs fan. Next to loving his wife and children, Bob loved his cat, Tiger.

Bob was a Veteran of the United States Army. He served his Country during the Korean War.

Bob was preceded in death by his Sister – Pat Young.

Memorial Contributions may be made to the Randolph County Humane Society.

Military Honors will be conducted by the Illinois Army National Guard and the Sparta VFW Post #2698.