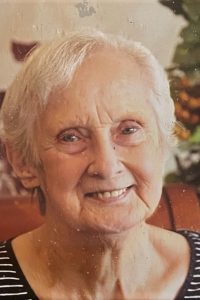 Rita Theresa Pour, 85, of Coulterville, IL, formerly of New Athens, IL, born August 31, 1936, in Lively Grove, IL, passed away on Saturday May 21, 2022, at the Coulterville Care Center in Coulterville, IL. She was a homemaker but had also served as a bartender at local restaurants. Rita loved her time watching baseball, softball and bowling.

Memorials may be made in the form of Mass offerings to St. Agatha Catholic Church in New Athens, IL.

Heil-Schuessler in New Athens, IL is in charge of arrangements.