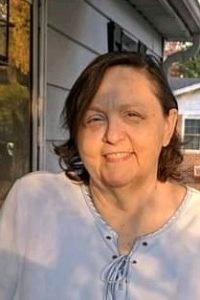 Rita L. Cahoon, nee Jones, 66, of Marissa, IL, born March 21, 1955, in Sparta, IL, passed away on Monday January 24, 2022, at Memorial Hospital in Chester, IL. Rita was a medical billing agent.  She was a member of the Marissa Historical Society and former member of the Marissa Ambulance Service.

She was preceded in death by her parents – James Riley and Elda Laverne (McCormick) Jones and by her son – Christopher Cahoon, who passed away on October 7, 2017.

Rita is survived by her brother – Larry (Linda) Jones of Marissa, IL, one grandson – Aleczander Cahoon and a niece and nephew – Sheryl Jones and Michael Jones.

Memorials in Rita’s honor may be made to the Marissa Historical Society.

Per her request, cremation is to be held.  A memorial service in her honor will be held at a later date.