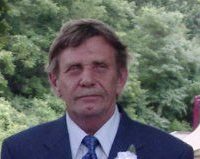 Richard was preceded in death by his parents, Francis Austin and Ladina Jane (Whittenburg, Sumner a brother, Jean David Sumner and a sister, Barbara Ann Sumner.

Memorials may be made to the American Heart Association.

Funeral: Services will be held at 12 p.m. on Wednesday, February 13, 2013 at Heil-Schuessler Funeral Home in New Athens with the Rev. Dr. Robert Koch officiating.