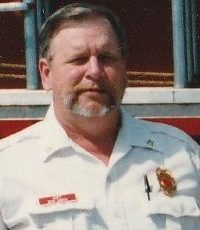 Richard Smith was a dozer operator with Peabody Coal Company at River King Mine. He retired from Peabody Coal after 34 years. He was a member of the UMWA and secretary for UMWA Local 1148. He was also a member of Marissa American Legion. He attained the rank of Specialist 4th Class in the United States Army. He was an amateur radio operator and member of the Marissa Amateur Radio Club. He served as a Master Hunting Safety instructor for 29 years, as well as, Marissa volunteer firefighter for 40 years, serving the 13 years as Assistant Chief with his sons and grandsons continuing the tradition. He was an avid fan of the St. Louis Cardinals and Kentucky Wild Cats. In his younger years, he enjoyed outdoor activities, such as gardening, fishing, hunting and mushroom hunting. He also enjoyed helping out with his son’s boy scouts and sports activities.

Memorials may be made to the Marissa Fire Dept. for their Memorial Fire Safety Book Collection at the Marissa Library or their Explorer Youth Group.

The family would like to thank the doctors and nurses that have cared for Dick and to all the friends who visited with him in the nursing home.