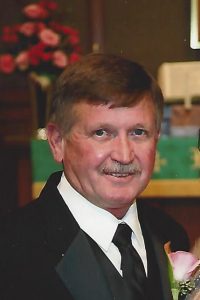 Doug was a coal miner and a carpenter. He was a member of the UMWA and the United Brotherhood of Carpenters and Joiners of America Local 716. He was also a member of the New Athens Sportsman’s Club. Doug volunteered his time with C.E.S.N.A. and as a hunting instructor for the Illinois Department of Natural Resources. He also served as an ambulance driver in the early days of the New Athens Ambulance Service. Doug loved the outdoors and greatly enjoyed fishing, hunting and spending time with his hunting buddies. Above all, Doug loved his family and especially the time spent with his grandkids.

He was preceded in death by his father – Henry Joe Poston. His father and mother-in-law – Elmer and Shirley, nee Stroh, Caywood. One brother – David Poston.

Memorials may be made to C.E.S.N.A. or the Merrier Christmas Drive.

Funeral: Services will be held at St. John United Church of Christ in New Athens, IL on Tuesday, November 24, 2015 at 10:30am with Rev. Dr. Robert Koch officiating.