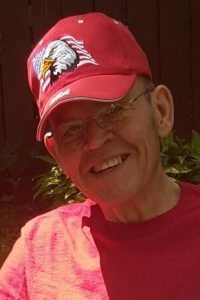 Raymond was born June 8, 1935 in Walsh, IL to Henry and Emma Kloth.  He married his high school sweetheart, Nancy Glasscock, on October 16, 1954 in Sparta, IL.  Raymond was a past president of the Chemical Workers Union Local 60, past president of the Johns Manville Credit Union, and was part of the Building and Zoning Commission in Beach Park.  Raymond retired from Johns Manville after 42 years with the company.  He enjoyed many hobbies and was a life-long St. Louis Cardinals fan.

He was preceded in death by his father and mother; and 9 siblings.

Services for Raymond will be held privately for the family in Sparta, IL.