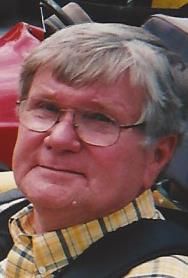 Ray retired as a truck driver from Gilster Mary-Lee Corporation. He loved music of all kinds and greatly enjoyed traveling. Ray never knew a stranger and would talk to anyone.

He was preceded in death by his parents – Raymond E. and Lily, nee Charwood, Sconce.

The family would like to thank Hospice of Southern Illinois and Sparta Community Hospital for their excellent care.

Memorials may be made to the Marissa Fire Department.

Visitation: Friends may call at Heil-Schuessler Funeral Home in Marissa, IL on Tuesday, February 3, 2015 from 4:00pm to 8:00pm

Funeral: A memorial service and time of fellowship will be held at Heil-Schuessler Funeral Home in Marissa, IL on Tuesday, February 3, 2015 at 7:00pm

Interment: Private burial will be held in the Marissa Township Cemetery in Marissa, IL.