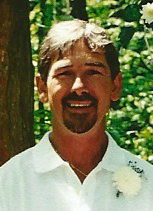 Randy or “Catfish”, as he was known to his friends, loved his family and grandchildren. He was a welder by trade. He was an avid fisherman and enjoyed riding his Harley.

He is preceded in death by his father John Witthoft.

Funeral: Services will be held at the Heil-Schuessler Funeral Home in Marissa, IL on Tuesday, August 14, 2012 at 10:00am with Pastor Rebecca Williams officiating.