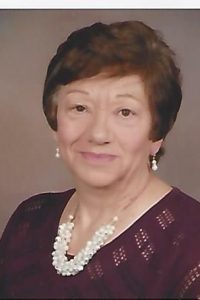 Mrs. Idecker was the secretary at the New Athens High School for 39 years and was known by countless faculty, staff and students. She was a member of the United Methodist Church in New Athens. She enjoyed reading, watching TV and most of all spending time with her family.

Memorials may be made to St. Louis Ovarian Cancer Awareness or to the Randolph County Humane Society.

Funeral: Services will be held at the United Methodist Church in New Athens, IL on Friday, October 13, 2017 at 10:00 a.m. with Rev. Gene Miller and Rev. Gerald Savage officiating.