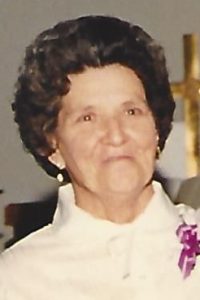 Mrs. Oyler was a housekeeper. She was an avid bingo player. Pearl always enjoyed spending time with family and friends.

She was preceded in death by her parents – Dewey and Lena, nee Jerales, Gladson. Her husband Samuel Edward Oyler whom she married on February 14, 1941 in St. Louis, MO and who passed away on
August 31, 1977. One son – Jerry Oyler. Two grandchildren. Two brothers and one sister.

She is survived by her son – Donald (Sandra) Oyler of Pinckneyville, IL. Four grandchildren and numerous great and great-great grandchildren.

Funeral: Services will be held at Heil-Schuessler Funeral Home in Marissa, IL on Monday, May 2, 2016 at 11:00am with Rev. Jim Harkness officiating.