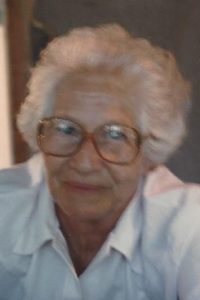 Mrs. Winter was a homemaker. She was baptized in the Methodist faith. She was a member of the Royal Neighbors. Pauline enjoyed fishing and was an avid bingo player. Above all Pauline was a good and loving mother.

She was preceded in death by her parents – Henry and Kate, nee Heiman, Wilson. Her husband Robert Winter whom she married on July 12, 1955 in Belleville, IL and who passed away on February 5, 2010. Also preceded by one grandson; one great-grandson; three brothers and one sister.

Memorials may be made to St. Jude Children’s Hospital

Funeral: Services will be held at Heil-Schuessler Funeral Home in Marissa, IL on Monday, February 2, 2015 with Rev. Harkness officiating.