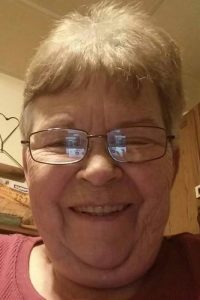 Paulette loved to quilt different patterns. She enjoyed spending time with her grandchildren.

She was preceded in death by her parents – Bob L. and Bernice (Kuklinski) Johnson. Two Children – Richard Rodenberg and Keith Pierce. One Brother – Joe Johnson.

Private services will be held at a later date.