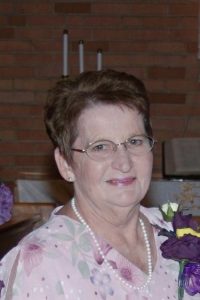 Paula Jean Neely, nee Edgar, 73, of Marissa, IL, born June 1, 1946 in Belleville,IL passed away on Thursday, March 12, 2020 at her home.  Mrs. Neely was a homemaker but kept herself busy. She worked as a nurse’s aid at Sparta Community Hospital in Sparta, IL, she was a seamstress and also ran PJ Leathers our of her home in Marissa.

She was preceded in death by her parents; Norman and Helen (Blum) Edgar and her beloved husband; Del Wayne Neely, whom she married on June 6, 1964 at Friedens United Church of Christ in Marissa, and who passed away on February 8, 2009.

A memorial service in Mrs. Neely’s honor is being planned at Frieden’s United Church of Christ in Marissa, IL to be held at later date.